Love Blocks Keep You From Having Meaningful Relationships! Find Yours in Our Love Block Quiz     CLICK HERE TO TAKE IT

Love Blocks Keep You From Having Meaningful Relationships! Find Yours in Our Love Block Quiz
CLICK HERE TO TAKE IT

Welcome! Through my blog I aim to address issues, concerns, and questions that I face with my clients. By converting these into articles, it is my hope that more of you will benefit from the knowledge and expertise I have to share. I hope you’re able to use these articles to sort out some of the immediate problems you’re facing and improve the quality of your life.
Thank you for reading.


Check out my services

Karma: The law of cause and effect 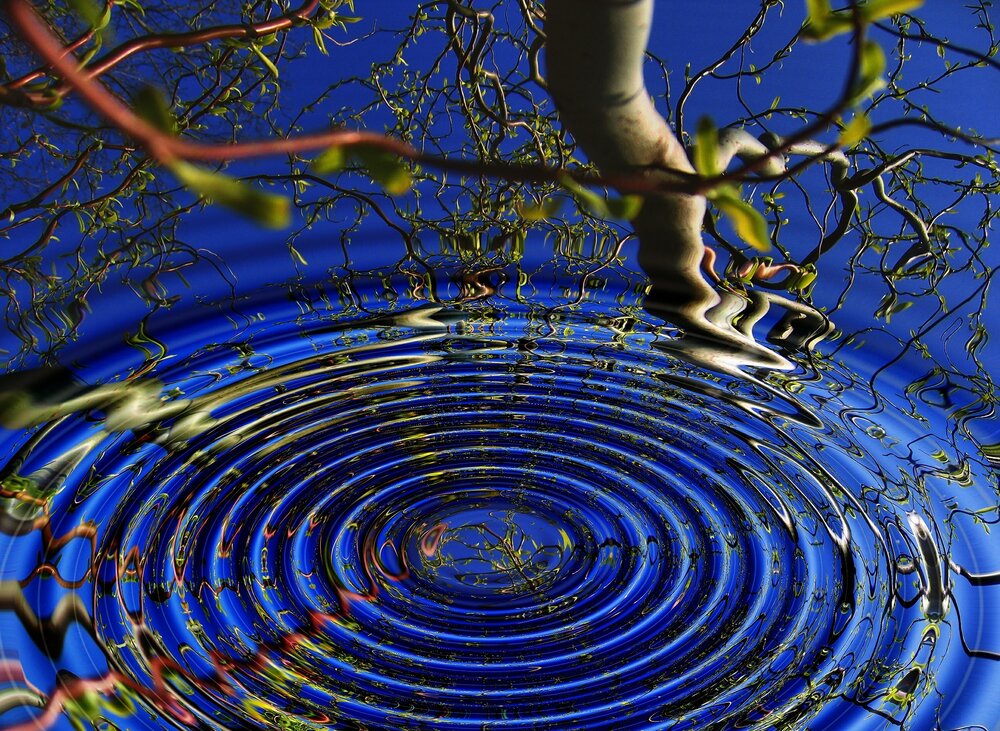 Karma means action, work or deed. It also refers to the spiritual principle of cause and effect where intent and actions of an individual (cause) influence the future of that individual (effect). Good intent and good deed contribute to good karma and future happiness, while bad intent and bad deeds contribute to bad karma and future suffering. Karma is closely associated with the idea of rebirth in many schools of Asian religion. In these schools, karma in the present affects one’s future in the current life, as well as the nature and quality of future lives

“What goes around comes around” or “as you sow, so shall you reap” is the basic understanding of how karma, the law of cause and effect, works. The word karma literally means “activity.” Karma can be divided up into a few simple categories — good, bad, individual and collective. Depending on one’s actions, one will reap the fruits of those actions. The fruits may be sweet or sour, depending on the nature of the actions performed. Fruits can also be reaped in a collective manner if a group of people together perform a certain activity or activities.

Everything we say and do determines what’s going to happen to us in the future. Whether we act honestly, dishonestly, help or hurt others, it all gets recorded and manifests as a karmic reaction either in this life or a future life. All karmic records are carried with the soul into the next life and body.

There is no exact formula that is provided for how and when karmic reactions will appear in our lives, but one can be sure they will appear in some form or other. One may be able to get away with a crime one committed, or avoid paying taxes, but according to karma, no one gets away with anything for long.

Often, when something goes wrong in our lives, and it just doesn’t seem to make sense as to why it happened, it can be very bewildering. We can just be left standing there without any answers. There are three possible reactions that people have:

1. God is cruel for letting things happen the way they are.- most people grow up believing in God, and are ready to wholeheartedly accept this option because this allows them to point a finger and express anger and frustration at someone they have worshiped all their life.

2. Things are happening completely by random chance and that there is no rhyme or reason behind them– This is an explanation acceptable only when one believes that there is no order in the universe and things just happen randomly.

3. Perhaps in some inconceivable way, I had a hand in my own suffering, even if I wasn’t able to recall what I had done– now when you start to look within and hold yourself accountable for the life you lead and the good and bad created in your life then you can exercise control and manifest the life you truly desire. And this encourages one to take responsibility for one’s own actions and not place blame.

A karmic reaction, good or bad, may or may not manifest in the same life. It may manifest in a future life. It’s also possible to get hit with a few reactions — positive or negative — at the same time.

The natural question that arises is: “Why am I getting punished for something from a previous live if I can’t even remember it?” Of course, we don’t ask ourselves why good things happen to us. We simply accept the good, thinking we deserve it or that we’ve earned it. We forget a lot of things we’ve done in the past, nor take responsibility for them so what to speak of things done in a previous life. The most important lesson to learn is that we can become more mindful of our present actions to prepare our families and ourselves for a more prosperous future, both materialistically and spiritually.

The journey of the soul…..we look at lives as a start and finish whereas in the world of reincarnation there is no real stop and start just a journey of the soul, which is for the purpose of the evolution of the soul. The reason why we have negative reactions is so that we learn lessons that need to be learn and then evolve and move on, If we do not learn those lessons then we are doomed to repeat those mistakes and suffer the same consequences repeatedly. Either in the same life or in subsequent lives.

This can seem like such a vicious cycle of action and reaction. It’s practically impossible to live in this world without doing some wrong, whether out of anger, revenge, or just inattention. The teachings of the Gita and Hinduism are all about breaking this cycle of karma and transcending the material world and regaining entrance into the spiritual world.

In Hinduism there are three aspects to karma: the first relates to cause and effect: for every action there is a corresponding reaction; the second has to do with a system of yoga in which one is trains to be selfless; the third has to do with morality corresponding to the avoidance of anger, lust, greed, false pride or egoism, and attachment to possession; the vital force incumbent in this training is to learn how to defer to the Divine. However, the entire spectrum of karma is related to the philosophical and religious pronouncement of Dharma, which is held up as the governing arch-principle that regulates life in both a micro and macro plane of consciousness.

Karma lies in intent. It doesn’t lie in the final outcome. This is Law of Karma! You will get what your soul does, not what your hands seem to do.

It works instantaneously. Each thought in the mind produces a certain pattern of neuron firing in the mind. Based on this, various physiological changes start taking place including change in hormonal levels, heart-rate etc. Further, even the neurological patterns start adapting to this thought. Thus, if you think of the same thing again and again, the neurons create a pattern that next time it is easier to take that thought process ahead. That is why we see people getting into good or bad habits.

These thoughts define one’s thinking patterns, and hence his or her personality, health and actions. Thus, each thought influences who we are. And by changing this thought, we can decide who we would rather be. Further, the same process is happening among all humans. And when we interact with them, based on our thought patterns we produce a myriad of social patterns and behaviors, which further influence who we become. Thus thoughts become our destiny. We, the souls, are different from our body and mind. And when we die, the body and mind (brain) stop having sustainable exchange of matter and energy with nature, and hence the system decays to death. But the soul, who was controlling this system, is unaffected. Now it gets into another emerging system (mind-body) and starts its journey again. Because memories are part of brain cells, they get destroyed in this migration process. But the soul carries a vital body with it which carries the Sanskaars (traits) with it. God ensures that the new system provided is the best fit for the uninterrupted journey ahead for that particular soul. Now, based on traits, the soul develops its personality again. It also continues interaction with the world outside in the same manner as it was doing earlier and continues to evolve itself.

At each moment, God ensures that situation we face in the world is best suited for our pursuit of ultimate bliss. Here is another school of thought that ….that the soul picks the body, life, family and circumstances in the new life based on the lessons it needs to learn to continue its soul evolution. This is a continuous optimization process. This process is uninterrupted by death.

The word Karma is profound and encompasses several dimensions. Our Karma is a superset of three things Intent, action and outcome. To start with our span of control is maximum on ‘action’, and with conditioning possibly ‘intent’. But we have zero control over outcome or consequences.

Let's chat about how I can help you!

HOW CAN I HELP YOU? CHOOSE WHERE TO GO NEXT!

Top 3 Secrets to Reclaim Love &
Happiness In Your Marriage